It’s odd with Da Beat’s mindset and boxification. Clearly, boxification is about the change in the industrial landscape to highly functional but extremely unappetising boxes. This obviously suggests that wider views need to be captured in order to depict the actual landscape, and not singular units that usually result in almost abstract studies.

Yet somehow currently in its infant state, this project seems to trigger the latter more than the former. It’s not that Da Beat isn’t looking for a reasonable oversight panorama view, it’s just that he seems to slam da break on the more abstract detailshots.

Today was just such an example. This was what triggered him to stop: 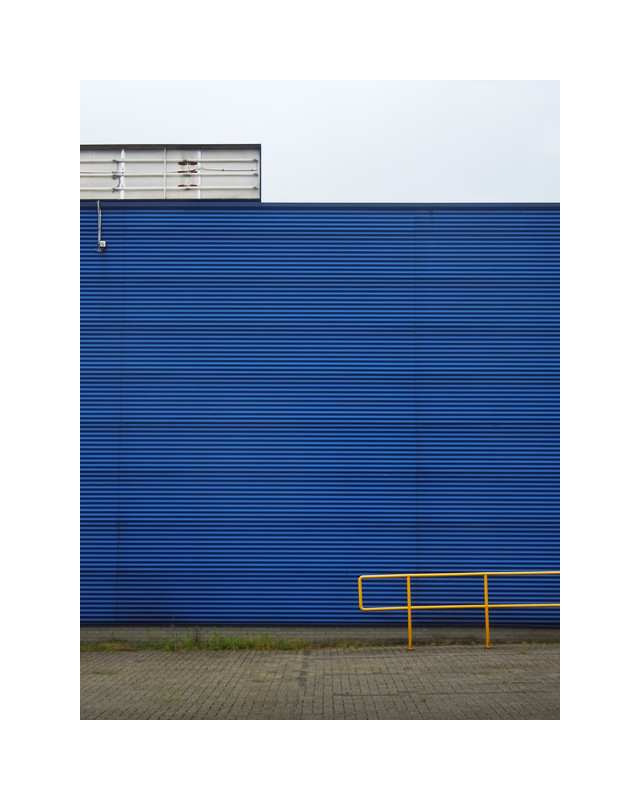 Yet the slightly larger view would give a better impression of boxification.

An even wider view with several “boxes” would obviously be even better, but there is perhaps a different story Da Beat wants to tell with these images. The entire project is really part of the wider idea of industrial activity. Of course, true industrial activity sometimes constitutes old machinery. The issue though is this; while old, nearly antique machinery can have a beauty of its own, these highly functional but extremely unappetising boxes will never accumulate that same aesthetic value.

Nor do they convey a longing to yesteryear. Da Beat can’t imagine cherishing fond memories of having once worked in one of these boxes. So, the emptiness conveyed in the above image, the seemingly abandoned and neglected state of the premises, is really a representation of that idea.

Da Beat has yet to collect enough material to choose format and style, so we’ll see where it ends up. It may require more of the wide aspect shots, to better convey what boxification does to the industrial landscape. But he also likes the neglected state visible in these images. It kind of fits the overall idea that these do not exactly represent something to preserve for future generations.

Perhaps a series could for example start with relatively beautiful brand spanking new examples, and gradually move to these almost abandoned like, neglected versions, and on to fully dilapidated samples. At the same time from clear blue skies to dark gray skies. You gotta appeal to that subconscious somehow…